There is history in all of our lives 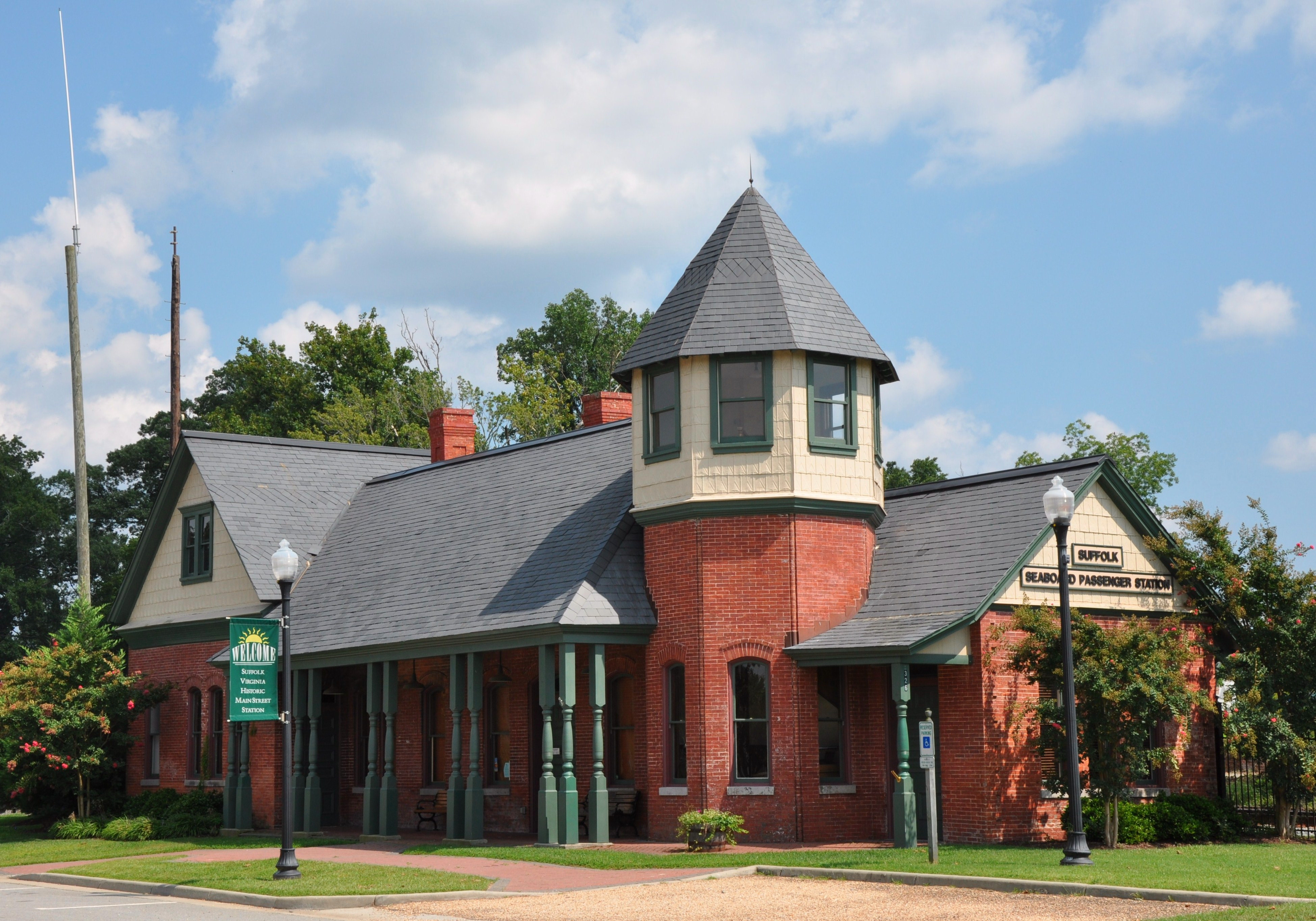 After years of sitting vacant and a nearly devastating fire, the old 1885 depot fell into a state of disrepair in the mid 1990s.  Completely restored to its original stately grandeur by the Suffolk-Nansemond Historical Society and Preservation of Historic Suffolk, the Suffolk Seaboard Railway Station Museum stands as one of Suffolk’s most beloved landmarks thanks to the S.O.S (Save Our Station) endeavor.

Originally known as the Portsmouth & Weldon, the first train arrived in Suffolk on July 23, 1883.The train was pulled by horses for the first two months of operation until the first locomotive, The John Barnett, arrived in September. In 1848 the name of the railroad was changed to the Portsmouth & Roanoke only to change again in 1900 to the Seaboard Air Line Railway. From 1907-1956 the Virginia Line ran to the north side with the Seaboard Line to the south of the building and passengers for both utilizing the station. Over one hundred trains stopped in Suffolk in the late 19th century including both freight and passenger trains. Passenger service to the station ended in 1968 with freight stops continuing through the late 1980s. The station has since been converted into a museum with railroad memorabilia from the golden age of the railroad and an award-wining HO scale model of Suffolk in 1907.

In 2017, the operation of the Suffolk Seaboard Railway Station Museum was handed over to the City of Suffolk, from the Suffolk-Nansemond Historical Society and Preservation of Historic Suffolk.  The model train still runs there everyday and the caboose has had a nice red update.  We are quite pleased with how the City of Suffolk & Suffolk Tourism has taken such good care of the station and updated many new things.

We will still be holding our annual Touch-A-Truck event there every October and look forward to seeing you!